Following the trail of Claude Monet, the picturesque village of Dolceacqua, at the bottom of Nervia Valley, in the Italian region of Liguria is an expressive sight. 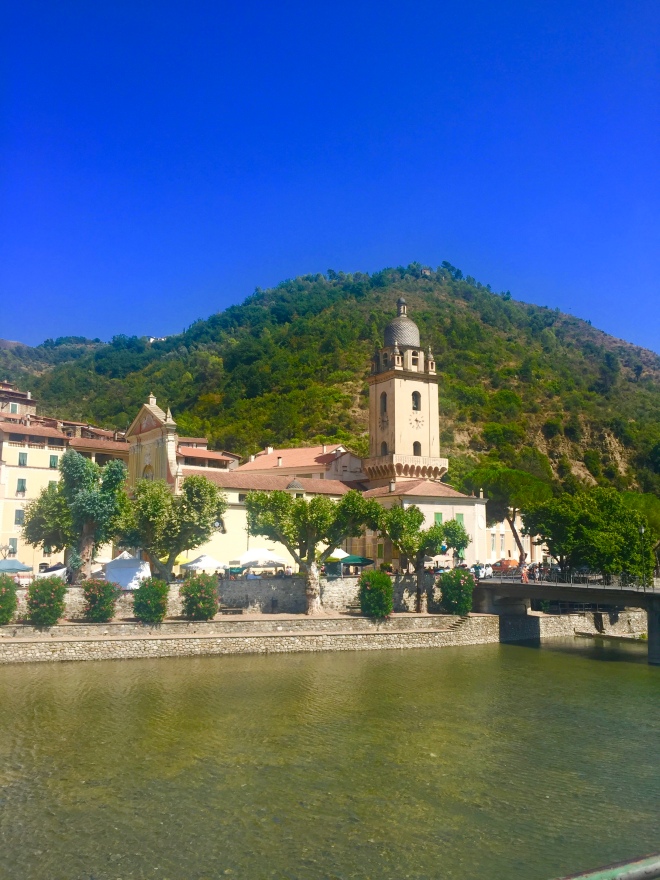 Dolceacqua’s iconic stone footbridge that arches over the Nervia river, dubbed by the master of impressionist, Claude Monet ” jewel of lightness” and the Doria Castle depicted in 1884 is the birth place of powerful Doria Clan who were lord of Genoa in 16th and 17th century. The castle is in ruins however at the top, the restoration has allowed an area for festivals and plays with a panoramic view of the spontaneous nature of Liguria.

The cobblestone walkways and alleys with twists and loops, the artist shops and the adorable restaurants all air medieval romance and characterize the gentility of the knights of the round table. Among the eateries, “Casa e Bottega”, accentuates the essence of Dolceacqua charm and marvellous cuisine.

With every old town and city, there is a story and the legend of Dolceacqua is about women’s emancipation. The tragic love story of Lucrezia and Basso, two lovers who fought against the “Jus Primae Noctis”, which means the newlywed bride should spend her wedding night with the lord of the region.  The story recounts that while Lucrezia and Basso were celebrating their secret marriage, the Marquise’s guards kidnaped her to perform her duty. However, she refused and was imprisoned and left to die in the dungeons of the castle. Basso broke in the castle and forced the Marquis to abolish the law with a knife at his throat. The residents of Dolceacqua celebrate this victory with a sweet pastry called “Michetta” accompanied by “Rossesse di Dolceacqua” wine.

One thought on “Dolceacqua – A medieval village in Italian Riviera”